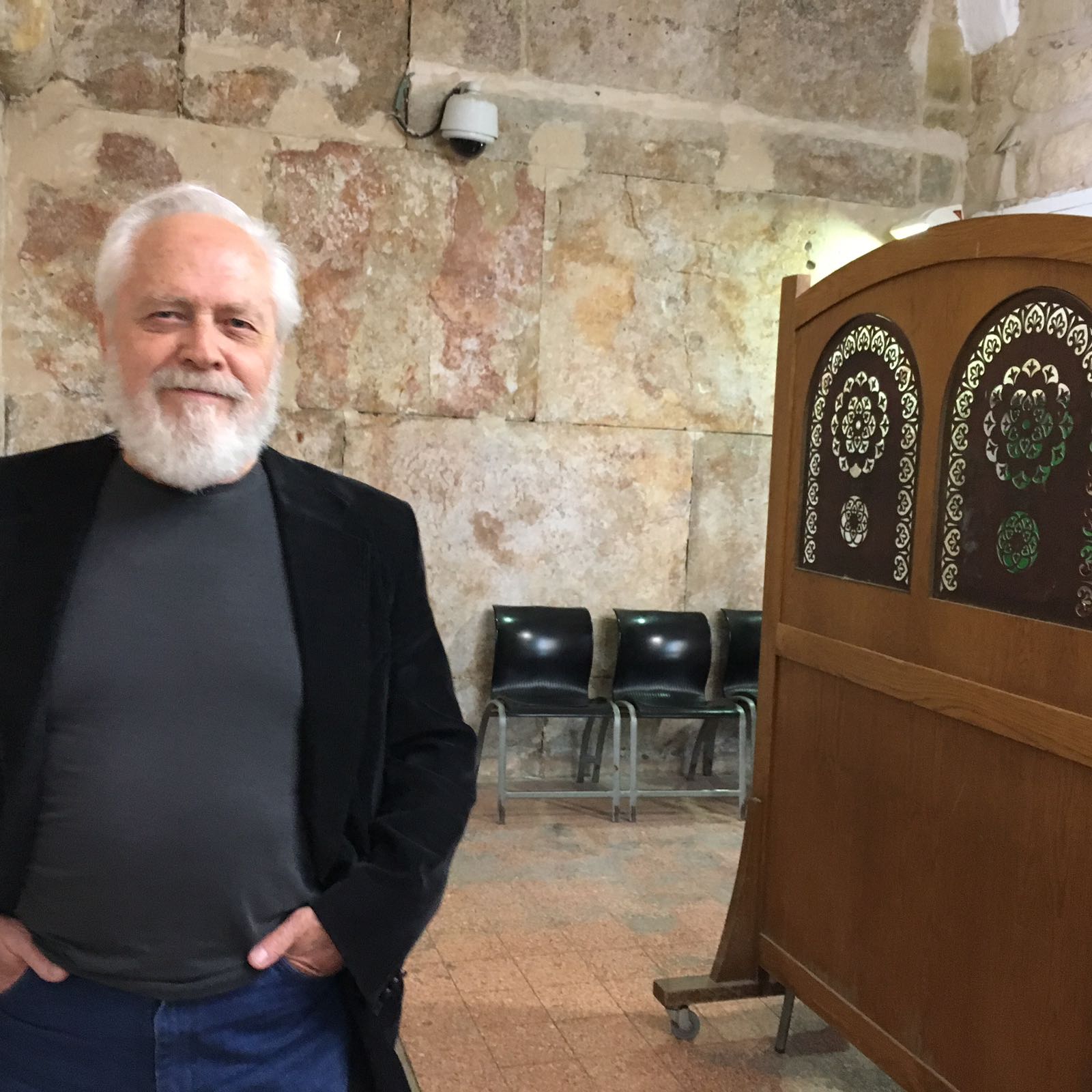 The recent trip to Jerusalem was quite different from the trip in October/November of 2016. Arriving at the BnB where I stay while in Jerusalem, my hostess greeted me at the door being very sickly. A new guest was also in the house a pastor from South Korea. A few days later we all celebrated a Shabbat dinner at the BnB with two Jewish couples (unbelievers), some missionaries from Taiwan, Japan, and the South Korean pastor.

A few days later we found out that Tikva my hostess, had pneumonia. She remained resting for nearly one week and I prayed for her and walked the streets of Jerusalem seeking the Lord’s purpose for this trip. While I was in Israel I also traveled to and visited Ancient Shiloh, Samuel’s tomb and Hannah’s well. Much was learned and imparted to me from those visits.

God began to reveal to me the various religious sects that dwelt in Jerusalem all proclaiming it as their city. There were many different Christian sects, Messianic sects, Jewish sects and then of course the Muslims. The Lord made it clear to me that the City of Jerusalem was the world center of religious spirits. Then the battles began. It was as if every person I knew including my hostess was against me. Of course this was the scheme and plan of the enemy who influenced every religious spirit in the place. I was even cursed by a false prophet who said to me “when I see Jesus face to face He would say to me “I never knew you!’ Wow I immediately separated myself from that person and called upon many of you to help break that curse. Thank you it is done!

Out of all this chaos came clarity of the vision. The husband of one of the Jewish couples I met at the Shabbat dinner had an apartment across from the BnB and was willing to rent it to me. I loved the apartment as it was newly remodeled and perfect for me. So we hope to make a deal when I am able to move there permanently.

The vision will begin with a Home group/Bible study at Tikva’s home as I found that was a great desire of hers for a long time. So we have agreed to begin that ASAP. Next I had a dream my first night back in  Denver. The Lord showed me His Plan for a city in the Negev of Israel in which I am to participate, teach, and pray in a move of His Spirit. Currently Tikva has obtained a small meeting place in Arad where we can begin meetings and out reach at least once a week. Arad is about 1.5 hours south of Jerusalem. I sense that I may be moving to Israel before August 2017 as originally planned. God is moving and I am ready!

My heart and the vision Up To Jerusalem is to restore the foundation beginning again in Jerusalem.

The sale of all my “stuff” Art collection, some furnishings, and the sale of my car just before the final trip outlined below. Get personal banking, investments, and finances in order. Update: a large portion of my pottery collection has been sold and currently in a friend’s gallery in Lakewood, CO. I have opened an Israeli bank account in my name.

I am asking the Lord for the Date of the final move so that I can procure the apartment near the BnB.

Prayer and finances for follow up trips before final move to Israel/Jerusalem:

First trip in February 2017 – This trip is a reconnaissance trip for living quarters and ministry connections in Jerusalem and other cities.  The venture preferably needs a house to be purchased/donated or a temporary apartment. Headquarters will be in Jerusalem. Date of trip February 8-28, 2017 Plane fare paid for will need additional finances for food and housing (possible rental car?).  All needs were met for this trip – thanks to all who interceded and gave financially. Without your prayers and support it would not have happened!

Second trip tentative May 2017 – this trip is being rescheduled – to be announced soon.

Third trip August 2017 – this date could change as many things are quickly coming into place.  For the physical move to Jerusalem – will eventually need a car. Everything is quite expensive in Jerusalem and Israel, so I need those in the Body of Messiah to join with me to procure the needs of life in the Land through prayer, intercessions, and finances.  Below this you can read how you can help.

Thank You my Friends,

How you can participate:

Prayer and Intercessions: Submit your name, email and time frame you can pray and intercede to lwmisos@comcast.net

Finances: Please make check payable to Living Word Ministries International. Make a note that this is earmarked for Up To Jerusalem.